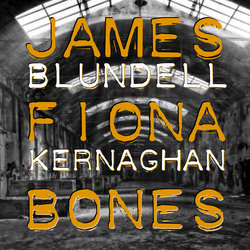 Acknowledged by many as the act single-handedly responsible for turning a younger demographic of Australians onto country music James combined the story-telling ethos of country icon Slim Dusty with a more rock orientated approach influenced by his love of acts such as John Mellencamp, The Band and The Angels.

James was the first young Australian country artist to create an impact on the pop charts and for many years was the nation’s highest selling country artist.

James has been the recipient of numerous CMAA Awards, double platinum, platinum and gold sales awards and is a 5-time ARIA (Australian Record Industry Association) Award nominee with one win to his name. He was inducted into the CMC Hall of Fame in 2012.

Fiona Kernaghan is the youngest sister of Lee & Tania Kernaghan who has carved a successful international career as a songwriter. She is an an acclaimed roots-rock artist in her own right and was nominated for Best New Artist at the 1996 ARIA Awards. She has released two albums during her career and written with Andrew Farriss (INXS) while her songs have been recorded by Tina Arena, Vika & Linda, Ross Wilson & more.


James Blundell has teamed up with acclaimed & ARIA nominated artist, Fiona Kernaghan for a duet on his latest album, "Come On In".

"Bones" was written by Brisbane's Jac Stone and Yanto Browning and originally released by Jac on an EP last year.