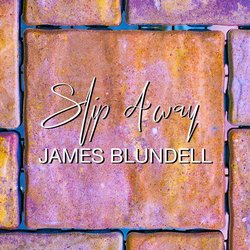 There are many terms people use when describing James Blundell. Icon. Legend. Controversial. Rebel. The truth is - he is all of these things. He is unashamedly honest and comfortable in his own skin. James radiates an enthusiasm for everything that life has to offer and it’s this authenticity that makes him one of the most instantly likable and recognisable artists in Australian music.

Acknowledged by many as the act that single-handedly shaped modern Australian country music by infusing his influences of John Mellencamp, The Band and The Angels with the storytelling ethos of Slim Dusty and his lyrical insight, sharp wit and empathy for the average working man. This combined with his handsome good looks and country charm ensured there was no stopping his success across all demographics.

In 2018, Blundell’s music was the focal point of the compilation album, “30 Years of Pride – A Tribute to James Blundell”, celebrating three decades in music.

In January 2019, he was elevated to Australian Country Music's Roll of Renown Hall of Fame for his outstanding achievements in the genre.


"Slip Away" is the first single released by James Blundell since his "Campfire" and "30 Years of Pride" collaborations. Written by James and English musician/producer, Phil Soussan (Toto/Steven Tyler), 16 years ago - James began including it in his live set in 2019. Due to the overwhelming response he called on his old friend to produce & mix the song.