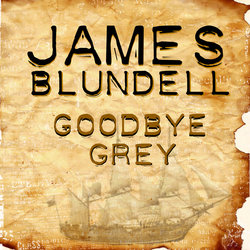 Acknowledged by many as the act single-handedly responsible for turning a younger demographic of Australians onto country music James combined the story-telling ethos of country icon Slim Dusty with a more rock orientated approach influenced by his love of acts such as John Mellencamp, The Band and The Angels.

James was the first young Australian country artist to create an impact on the pop charts and for many years was the nation’s highest selling country artist. He was also the first Australian country act to sign a major label recording deal in Nashville paving the way for the likes of Keith Urban, Kasey Chambers and others. In addition to his own success he has penned hits for Lee Kernaghan, Slim Dusty and Jimmy Little.

James has been the recipient of numerous CMAA Awards, double platinum, platinum and gold sales awards and is a 5-time ARIA (Australian Record Industry Association) Award nominee with one win to his name. He was inducted into the CMC Hall of Fame in 2012.

With a colourful and at times controversial career, its James' personal experiences and empathy for the average working man that influence his work.


Co-written with hitmaker, Kim Richey, "Goodbye Grey" is the third track taken from James' new album "Come On In".

Already a fan favourite live, the song is inspired by the convicts, immigrants and asylum seekers to Australia.