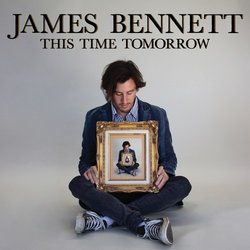 No stranger to playing live, he plays over 100 shows per year. James incorporates many different elements into his performances including Weissenborn Lap Steel, 11 & 6 string guitars, foot percussion, harmonica & a unique vocal style.


Secret Place is about having somewhere to go to be alone & to feel better about anything that might be giving you troubles.


Other tracks by James Bennett: Third Time Around  -  Rapunzel
%