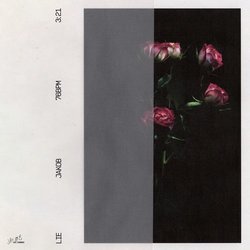 Though Jakob may only be 18 years old, he already has a lifetime of experience in music to draw from.

On his self-titled debut EP, Jakob boldly announces his ambition. A conceptual body of work that marks the stages of a relationship that ultimately comes to an end, the five tracks traverse through diverse styles and influences completely unique to Jakob. It’s here the Latin vibes of “Lie” live comfortably next to soaring pop of “Secrets”, that unexpectedly takes it cues from punk, while the smooth grooves of “Half Burned Cigarette” illustrate how easily Jakob shape-shifts through his music.

Possessing a deep love for music but completely unaware he was harboring a talent for it, Jakob Delgado’s future was heading towards sport. An elite soccer player at a young age, Jakob had the talent to turn it into a lucrative career. That was until his mum heard him singing around the house and asked if he’d like to go to a music bootcamp with his sister. Soon after, Jakob hung up his boots, started a band, and courtesy of some broad TV exposure and a Facebook partnership, at just 14 years old had his first top 10 record.


“Lie” was penned in LA with Melanie Fontana (Justin Bieber, BTS, Chainsmokers), Lindgren (Halsey, BTS) and Shayon Daniels. Falling in the middle of the story, “Lie” is a familiar tale of woe, Jakob was completely infatuated with a friend who landed herself in the wrong relationship. A Latin-inspired alt-pop blend that draws from R&B, hip-hop and his South American roots.