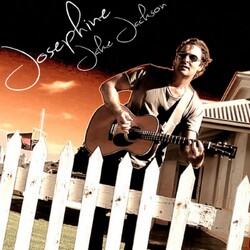 Eventually Jake meandered back to Melbourne and, with no formal education but with plenty of life experience, was accepted into the Conservatorium of Music to study guitar and voice. Jake combined his studies with gig after gig to earn his guitar stripes. Any time left over was devoted to honing his songwriting skills.

Finally Jake was in a position to devote himself to music again and in 2011 he hit the recording studio with a bunch of songs, written over the decades, and set about turning them into an album. The songs still possessed relevance and the additional talents of some of Australia's best-known session musicians have helped produce a strong, coherent album of personal stories with wide appeal.


Jake Jackson's new single, 'Josephine', is coastal-country at its best. Sun, sand, sea and the love of your life - 'Josephine' reminds you of summer as it should be.