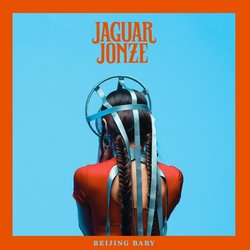 Life-changing serendipity happens only to a chosen few. And that moment took musician-artist Deena Lynch by surprise, while playing an Iggy Pop tribute night in her native Brisbane, Australia. After witnessing the unhinged performance of a guy emulating Iggy, she knew she had to up her game. “So, I cracked down two tequila shots,” she recalls, and then transformed into a bona-fide banshee. “Everything I ever suppressed came spilling out. My shame and inhibitions broke down. I wasn’t afraid.” After that primal performance, she earned the nickname-turned-stage name Jaguar Jonze.

Much of Deena’s success stems from her instincts. At the age of 19, she fell into music after a close friend passed away. While walking home one day, she passed a garage sale, where she bought her first guitar on a whim. Without a single lesson, she was writing songs to help manage her grief. “He was always in my ear about living life passionately—he could see that I was falling into this societal structure of doing what everyone expects you to,” she says. “He left behind so much; amazing artwork, poetry and film. He was/is inspiring.”


It’s technically about those who hide behind their privilege, but also nods to Deena’s multicultural roots: Mom is Taiwanese, and Dad is Australian. After her parents split (and complicated citizenship issues), her mother moved to Taiwan, her father stayed in Japan, and seven-year-old Deena was moved to Australia.