Jacqueline Feilich - I've Got A Thing About You Baby 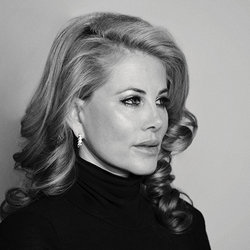 Known for many years as She Is The King, Jacqueline paid homage to her main musical inspiration, Elvis Presley, as the only global female Elvis Tribute Artist accepted, respected and well established throughout all important Elvis circles worldwide.

Her career, spanning decades, saw her travel around many countries, sought after for her authenticity, talent and incredible likeness to The King and genuine skill.

Now, having mastered her career as an ETA (Elvis Tribute Artist) to its full potential, Jacqueline Feilich takes a bold step by hanging up her sparkly belt for a moment to show the world the woman behind the velvet voice.

"I've Got A Thing About You Baby" struck a chord with Jacqueline as the piece that finally put the puzzle together as she makes Tony Joe White's track very much her own and successfully portrays herself without trying to be anybody else.