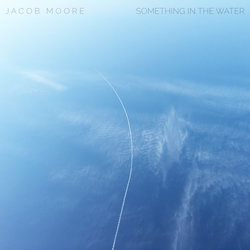 Hailing from Sydney Australia, songwriter/producer Jacob Moore, who has been involved with a myriad of acts for a number of years, is finally ready to shine light on his first solo musical presentation in 2016.

Whilst simultaneously retaining a fondness for the musical gems of yesteryear and keeping a keen eye on the future, Jacob has been quietly tinkering away recording new material. The little musical entities he has been breathing life into seem to naturally pertain a moodier blues-based guitar backbone, held up vocally with a hint of a 'blue-eyed soul' vibe found within a 1950's era barbershop quartet. To complete the skeleton, Jacob began coupling the futuristic musical nodes of today's electronically synthesised hip hop/dance spectrum alongside the rebellious 'devil-may-care' swagger found illuminating the soul of a rock 'n roll King.

After entering one of his musical experiments into the annual songwriting competition run by renowned Studios 301 he was pleasantly surprised to find he had been chosen as one of the winners. This then was the catalyst that propelled Jacob to confidently move forward as a solo artist.


Produced by Jack Prest (Flume, The Preatures, Action Bronson) ‘Something in the Water’ introduces itself with barbershop-esque vocal harmonies. As the song grows, RnB, psych and hints of electropop are woven throughout. It's a powerful anthem with massive dynamic swells held in place by Jacob's unique vocal timbre.