Jackie Marshall - You Can Take Me Riding 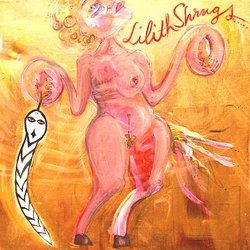 It has been some time coming, but one of Australia’s most distinctive voices – Jackie Marshall – is set to release her first album in eight years.
Named Lilith Shrugs the LP has been co-produced by Leigh Ivin (The Re-Mains) and is the result of extensive sessions in his studio, set in the majestic granite-rich Upper Moore Creek Valley in NSW.
At times dense and rollicking, at times pensive and exposed, the record rolls along assuredly, brimming with feminine resilience.
The 11 songs track Jackie’s experience through a through a tumultuous time in her life involving the birth of her son, hospitalisation for mental health reasons, dramatic family law incursions, and a multitude of health problems including a recent stint with breast cancer.
Lilith Shrugs is Jackie's third studio album, following from the acclaimed Ladies' Luck record and the Australian Music Prize nominated Fight n Flight.
Jackie has been a celebrated artist for more than 12 years - performing across the country and at every major festival. She is celebrating the release of Lilith Shrugs with her first national tour across Australia in several years with a 6 piece band in tow.


Bawdy country,gospel number ‘You Can Take Me Riding’ was written on the fly as Brisbane musician Greg Cathcart tinkered on his guitar and Marshall washed dishes. “It’s my Linda Ronstadt moment,”.. “I was riding the romanticism of the contemporary Americana lyric, playing with the idea of myself as the raucous liberated femme borne of the tragic woman archetype.

Other tracks by Jackie Marshall: I Know You  -  Don't Wake The Baby
%