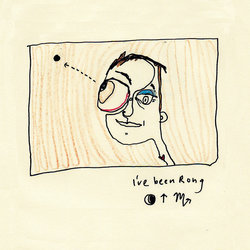 Jackie's career to-date includes an Australian Music Prize shortlisted debut album “Fight n’Flight”, being hand-picked by beloved Australian artist Missy Higgins to support her on her sold-out Queensland leg of her “On A Clear Night” tour, making finalist in the prestigious Grant McLennan fellowship, performing as part of the iconic concert series Women in Voice, and being featured on SBS television’s Rockwiz dueting with Australian music legend, Men At Work’s Colin Hay, as well as being the recipient of numerous Australian music industry performance awards and songwriting accolades.

After the success of cinematic alt folk/country debut album “Fight n’Flight,” she ramped things up a bit with a similarly arty but 11 x louder album “Ladies’ Luck” which scored even better pull-quotes from some even cooler Aussie journalists and/or critics.
Early in 2014 I released an EP with the Fat Lambs and produced by Leigh Ivin of cult country rock’n’roll band The Re-mains. Called “The Good People”, the EP was released under my side-project moniker The Peppercorn Queen.
she has been on hiatus from mid 2016 due to a tango with breast cancer. but is set to release her third album Lilith Shrugs in 2018.