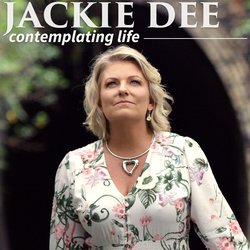 "Launching my EP alongside Nashville-based Aussie artist Rick Price was a dream come true, he's been a huge inspiration for me" she says.

In 2013 she released her 2nd studio album, again produced by Fell, and aptly titled Doors & Windows. It gives us an intimate view of the robust yet sensitive relationship Jackie has with lyrics and melody, heart and mind. Voted as a top 30 finalist in the APRA/AMCOS 2013 Professional Development Awards (Country category) and a finalist in the 2013 Musicoz Awards, Jackie continues to leave her quality impressions.

Jackie Dee is back with Six String Heart – her most personable album to date. Juggling her time as a family therapist and a singer-songwriter, this new release sees Jackie fearless in tackling the tougher topics including domestic violence and mental illness. Produced by the award-winning Matt Fell, Six String Heart will be released in February ahead of an official single launch and album preview show at the 2017 Tamworth Country Music Festival.


As the title suggests, this track is all about life and thinking about one's own life and all that goes on in our daily lives. A personal song that all of us can relate to.