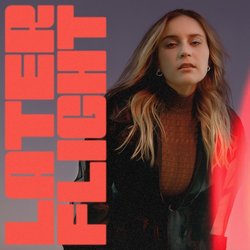 ‘Later Flight’ is the dramatic return of alt pop powerhouse, Jack River. The track marks the first new music from River since the deluxe reissue of her three-time ARIA-nominated, critically acclaimed debut LP Sugar Mountain in May of this year.

‘Later Flight’ is the first iteration of a new chapter for Jack River, a chapter that sees her take off the rose-tinted glasses and bask in the glory of what lies before her. Stay tuned for more details but just when you thought things couldn’t get bigger for Jack River, 2020 is shaping up to be one hell of a year.


Where Sugar Mountain saw Jack River reflect on a fantasy youth she never lived, ‘Later Flight’ sees her shift focus to the present and revel in the everyday moments that are missed by an absent mind. "For so long my songs have revolved around the past and future, this marks a new chapter from the present and the heart.”