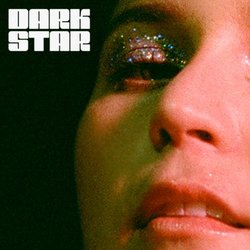 Jack River delivers ‘Dark Star’, a cutting single about the murky depths of infatuation that is lifted off her Stranger Heart EP which is out Friday 14 February.

‘Dark Star’ follows on from ‘Later Flight’, River’s first single since the deluxe reissue of her three-time ARIA-nominated, critically acclaimed debut LP Sugar Mountain in May 2019. ‘Later Flight’ premiered on triple j Breakfast before hitting the #1 most played song on the station within 3 weeks of its release and saw strong support from the likes of Spotify and Apple Music, leading to the track and video being streamed over half a million times since its release in October. Follow up piano ballad ‘Closer’ made a splash on streaming platforms with the stunning video being added to MTV and Rage.

With Stranger Heart Jack River set out to make music that sounds like a feeling and ‘Dark Star’ delivers this objective, transporting the listener back to their first unrequited crush; a crushing state of both total euphoria and draining fixation.


On ‘Dark Star’, River taps into long-past feelings and sings of the dark obsession underlying young love. When Rankin was 21 years old, she says she dreamed the bridge into being: "a racy, guitar-y, sentimental song that made you feel like you're driving past your ex's house".