Jack McDougall - Let Me Out 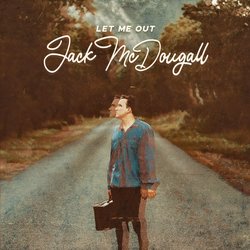 At just 20, Jack McDougall is a graduate of both the junior and senior courses of the CMAA Academy of Country Music.

Through these experiences, he has had the opportunity to gain firsthand experience of the music industry, being mentored by established Australian country music artists such as Lyn Bowtell, Kasey Chambers and more.

Drawing on his interest in independent music, Jack has been co-writing with various artists of different genres, which sees him ready to release his debut single.

He had an unconventional start to his country music career when he went to get his guitar strings replaced at his local music shop in Charters Towers and the owner suggested he enter the local country music competition. This was the start of a love affair with country music and Jack has been singing ever since.

Jack’s first show was opening for Amber Lawrence and Luke O’Shea’s Golden Roads tour at Charters Towers. The young singer-songwriter would love to play more festivals, take his music around the country and reach as many people as possible with the messages in the songs.

Jack’s biggest aim is to connect with as many people through playing his music.


Let Me Out covers the issues of mental and physical health and unable to communicate with people about how you’re feeling. You’re screaming for help, but no one can hear you because you won’t let it out. Let Me Out encourages people to see support and surround themselves with people they love and trust and respect each other.