Jack Grace - Nice To Meet You 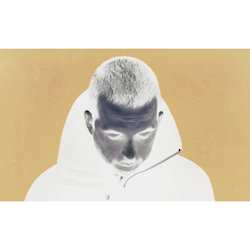 Captivating and enigmatic Sydney songwriter and producer Jack Grace releases new single Nice To Meet You, lifted from his stunning debut EP River which is out now via Create/Control.

Grace has gathered close to one million streams online for his EP cuts Hills feat. Buoy and All Lost. He has captured the attention of both local and international taste-makers like Indie Shuffle, Pigeons & Planes, Hilly Dilly to name a few with the entire EP featured streaming in advance ahead of its release on Earmilk who called the debut “beautifully intricate and boldly emotive”. Tastemaker site Spirit Level has declared of Nice To Meet You “Jack Grace is making a name for himself with his bravely undefinable style and listening to this track you’ll understand why.” The track was also added straight to the FBi playlist.

‘River’ described by Music Feeds as “both melancholic, euphoric” and “mesmerizing” was recorded in different stages across the globe between Australia, the USA and the UK over the space of a year, and stands as a remarkably strong debut that leaves the listener with a feeling of surreal transience – in the same sense that Grace traversed both physical and genre borders making it.


'On Nice To Meet You', Grace holds nothing back, his vocals soar alongside driving beats, electric piano and glitchy deconstructed production. He draws on an eclectic backdrop of electronica, footwork, gospel and post dubstep boldly blending textures, genres and ideas.