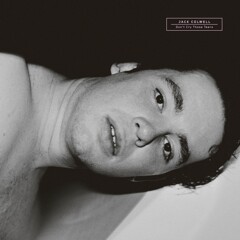 Jack Colwell needs very little introduction! The release of the single ‘Far From View’ in 2014 saw some intense love from media nationally including the coveted RAGE Indie Clip and the Week, support from the likes of FBi, JJJ Home & Hosed, Radio National (along with a Richard Glover TGIF live performance) and was accompanied by a double headline tour with Ella Hooper (Killing Heidi). He has worked with the VIVIDLive Festival for several years as a backing vocalist for Architecture In Helsinki and Chorus Coordinator for the Yeah Yeah Yeahs.

Born in 1989 to a music teacher and raised in the suffocating suburbs of Sydney's northern beaches, Colwell took up music at the urging of his parents, growing into a confident multi-instrumentalist before storming the halls of the prestigious Sydney Conservatorium of Music where he honed his songwriting abilities, writing scores he dreamt of playing. But the Conservatorium was no less restrictive than his hometown. So Colwell became his own man, welding the drama and gravitas of classical music to the pop structures of his contemporary heroes. Sweeping, crystalline arrangements and Colwell's gripping bass vocal saw his self-evisceration, wringing out the tragedy of life with terrifying conviction.


The new single ‘Don’t Cry Those Tears’ is a choral denial of revealing one’s vulnerability. Taken from the EP ‘Only When Flooded Could I Let Go’ which will be Colwell’s most naked, bold and beautiful release yet.

Other tracks by Jack Colwell: Coat
%