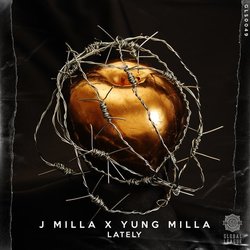 With music and storytelling a part of his life since birth, Jacob learned the power of narrative and the influence it can have on those around you. At age 11 his passion for writing his own lyrics and telling his own stories began.

Not long after, he moved to Adelaide in Australia’s south where he continued to write in high school. It was at this time he also began producing his own RnB and Hip Hop music to rap his songs to; ensuring he understood all the parts of the creative process.

After graduating, J-MILLA released his first independent EP with a ticketed launch party show in Adelaide, attended by over 200 people.

The music video for his debut single ‘My People’ recently passed 85,000 views on YouTube and he has also collaborated with prominent Australian electronic artist M4SONIC on the track ‘Matchstick’ which has had over 180,000 streams on Spotify.


In Lately, J-Milla teams up with his younger brother Yung Milla with some fierce vocal delivery on this trap rap track. The two switch between verses over a filthy beat and cover a lot of territory with their lyrics. Sure to amp up any gym session or weekend party.