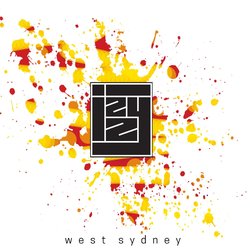 Hailing from the Western suburbs of Sydney, Izzy delivers a powerful tracks who uses stories from his life and his people to engage audiences all over Australia.

As one half of Izzy N The Profit, he has toured across Australia performing at NAIDOC events, Uprock Conference in Sydney as well as collaborated with some of the world's best MC's including Sevin, Braille as well as local heroes Rezadent, BRB, Oakbridge and Brethren.

His debut album "Snake Eyes" is due to be released in August, delivering intelligent lyrics, powerful hooks, and head-nodding beats.


West Sydney is a homage to Izzy's home community. Giving credit to the people that keep West Sydney a community instead of a suburb, this track is as straight hip-hop as it gets. West Sydney showcases Izzy's talents as he turns them to credit the community that helped form him.

Other tracks by Izzy: Pain of Regret (feat. Zeadala)
%