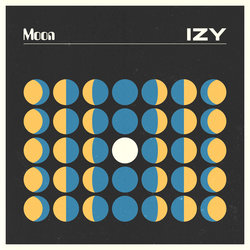 Cairns is a tropical city. Cattle and cane country. Crocodile country. Known for the rainforest and the reef, Cairns is not often thought of as deep jazzy soul country. Cairns isn’t even widely reputed to be a musical town. Until now.

Izy​, pronounced eye-zee, is the world’s first Far North Queensland neo-soul supergroup, and their time has come. How did this improbable band come together? Three sensitive boys, seeking shelter from the cyclones and the heat and the homicidal jellyfish found themselves hanging out, swapping shifts in a music shop, jamming in a blues bar, selling ukeleles and distilling clandestine dragonfruit gin. Three young men who aren’t brothers, but became like brothers. Each from a musical family, each growing up in a different family band. Families from three different continents who all ended up in the distant north of Queensland.


"Moon was her name, moon was her name” goes the hook, introducing the honeyed voice of bassist ​Warrigo Tyrrell​. On guitar and drums ​Ryo Montgomery and ​Maru Nitor-Zammataro complete the trio. Perfectly synchronised, perfectly minimal, this understated piece of jazzy soul brings to mind D’angelo and Bilal at their most stripped back.