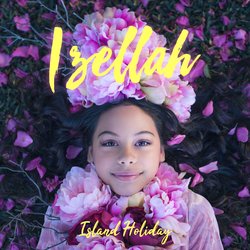 Izellah is no ordinary star. This abundantly gifted performer has a history of featured roles onstage including international and national productions of Matilda the Musical, The Sound of Music, The Music Man and The King and I to name just a few. Now her extraordinary musical talents are taking centre stage. Izellah’s new single Island Holiday is to be launched nationwide on the Channel Nine network this weekend, with the song hitting radio on the 7th of September.

In September she’ll head back to North America to record with the cream of LA songwriters and producers. Following that, she will do a three-month stint at Universal Studios in Osaka, where she’ll star in the annual Christmas Spectacular Voice of An Angel, the premiere event in Universal Studios’ calendar.

The debut of Izellah’s new release will be followed by a special unplugged performance nationally on ABC TV. Izellah’s Holiday Island is at radio and available to download from the 7th of September.


Izellah’s new single Island Holiday is to be launched nationwide on the Channel Nine network this weekend, with the song hitting radio on the 7th of September.