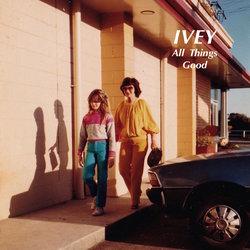 Ivey is a young, alternative band that hails from the well-known Queensland city of the Gold Coast. Originally Ivey began as a garage band created by two brothers Lachlan and Matthew McGuffie with their neighbour, Dante Martin.

The band Ivey was officially formed in April 2013 with the introduction of lead vocalist Millie Perks by guitarist Lachlan McGuffie. A combination of covers and the process of writing their original music kept the band busy, as well as performing small gigs.

Ivey have taken influences from the likes of the Jungle Giants, Last Dinosaurs, San Cisco and Sticky fingers blending their own talents to create a unique and original sound. By the time 2014 came around, Lachlan (18), Matthew (17), Dante (19) and Millie (15) then started concentrating on their original music with lyricist Lachlan penning the songs and the combined talents of the band finalising the music.

Ivey continued strongly into 2016 gathering support slots for the likes of Ocean Alley, High Tails, The Vanns, and Tiny Little Houses. Not only have Ivey taken to the stage confidently, but the praise for their live performance have been as equal to their recorded works.


Building on the warm familiarity of previous single, 'Smell of Smoke' but also daring to tread new grounds, 'All Things Good' both sways and wallops with its charming delivery of honest lyrics that embed in your brain. 'All Things Good' was recorded with the helping hand of producer extraordinaire Konstantin Kersting at Brisbane's Airlock Studios.