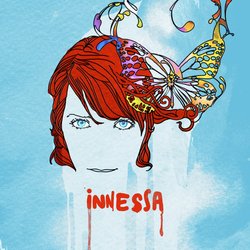 Innessa’s musical adventure started with a passion for writing poetry at the tender age of 8. Her poetry was filled with vivid observations of her surroundings at home in central Russia. Her poems were first published in a newspaper when she was only 12 y.o.

At age 9, Innessa was invited to join the local choir and began her lifelong passion for music and performing.

After several years of expanding her vocal talents Innessa was introduced to the guitar and by the age of 16 she had combined her poetry, signing and guitar skills and started performing her original compositions.

The day she finished University, she packed her guitar and set off to explore the world, and the world of music. She has spent time living, studying music and performing on the Black Sea, Moscow, Egypt, Spain, The USA and has now happily settled in Australia.

Innessa has performed at some of Australia’s largest festivals like the Canberra Multicultural Folk Festival and the Woodford Folk Festival.


Simple, yet powerful thoughts that so many people feel when in an argument in a relationship. An absolutely wonderful and unique song, narrated by such an interesting singer.

Other tracks by Innessa: Yasen  -  Up and Down