Indigenoise - Spirit Has No Colour 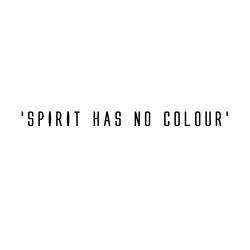 Based in Byron Bay, INDIGENOISE are a clique of poets, artists, producers, musicians and practitioners. The four-piece featuring Coedie McCarthy, Roslyn Barnett, Jannali Doncaster and Benjamin Robinson, all carry mixed ancestry, and alchemise a powerful voice of ancient and contemporary culture.

2018 was a breakout year for INDIGENOISE with the release of their debut album ‘Old Ways New Age’. The album featured the band’s stunning debut single ‘Wildfire’ which reached #1 on the triple j unearthed Electronic and Hip-Hop charts, and an impressive #4 on the overall Chart days after it was uploaded in July 2017. It also featured the follow-up single ‘Euphoria’, and third single ‘The New Code’ which was the band’s ode to change, and the fourth and final single ‘One Mob’.

Heralding a massive moment in the musical evolution of the band, INDIGENOISE scored a gig at Burning Man 2018, the world’s biggest alternative festival held annually in the Nevada desert. The band performed on three stages during the week-long festival bringing their raw, conscious hip-hop to thousands of people from all over the world.


Hip Hop infused - mellow beats. The song fiercely expresses this idea that so many of our cultures, philosophies and religions all share the same message. Love; yourself, others, the animals and the world around. There are so many similarities in the stories of the old world that we think are much more than mere coincidence.