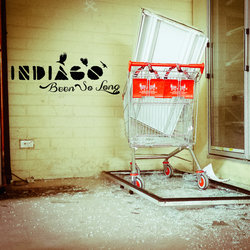 Indiago's crazy, but perfected live shows have earned a name for themselves, giving the five young lads a fan base that continues to spread nationwide.

"They capture the attention of every person in the room and hold it for the full duration of the set, if you haven’t seen these boys live put it on your bucket list." Brett Pike - The Bakehouse

Playing shows all across Australia, including Headlining Adelaide's own Royal Show, the band has cemented themselves as one of South Australia's most popular Unearthed bands.
After the successful release of their Self-titled EP, recorded with Craig Harnath at Hothouse Studios, St. Kilda, Indiago went from strength to strength, hitting the road in February with NSW Rockers, 'The Vanns', as a part of their National Tour.The release of their 2015 Single 'Fleetwood' saw the Hills Rockers reveal their Debut film-clip, and once again showed they how diverse their song-writing can be.

"...alternative rock that draws on what came before and pushes the boundaries with regards to complexity." - thedailyalbum.com

Teaming up with some of the industry's finest to release their brand new Single, 'Been So Long', later this month, this is only just the beginning for Indiago.


One of Indiago's most up-beat songs to date, 'Been So Long', perfectly blends the positive, uplifting energy of a funky rhythm section and ambient guitars, with the heaviness and huge Rock sound the band is known for.