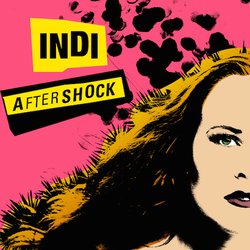 Even at the age of just 21, Melbourne singer/songwriter INDI has a string of noteworthy performances under her belt. In 2012 she performed on Channel 7’s ‘The Morning Show’, and not long after, took out first place in the open division of the Fast Track Singing Showcases (Australia's largest non-televised singing competition). Recently she was featured on ‘The Voice’ Season 3 blind auditions.
In 2015, INDI signed to Titus Day and the 6 Degrees Group (who also manage Guy Sebastian), and she released her debut EP, co-written with James Roche of Bachelor Girl.
With Freddie Mercury and Alanis Morrisette as her biggest musical influences growing up, INDI had some big footsteps to follow. Captivated by their raw, unleashed vocals and emotion-fuelled performances, she was determined to harness that energy for herself with visceral lyrics and emotions on the frontline. INDI’s distinct synthpop / rock crossover sound can be likened to artists such as Charli XCX, Avril Lavigne, Tove Lo and MØ. With inspiration taken from their edginess and attitude, INDI has created an exciting, innovative sound and style of her own, lyrically unafraid to delve deep when it comes to matters close to her heart.


21 year-old INDI’s latest offering Aftershock is a throwback pop confection with wall of sound pulsating synths. Drawing inspiration from punky electro-pop artists like Charli XCX and Robyn, Aftershock gives a big nod to the pure pop hooks of the 80s.