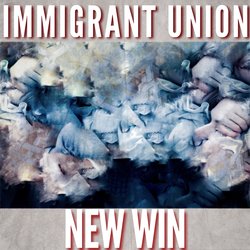 Australian alt/country/psych collective Immigrant Union have announced the release of their forthcoming single ‘New Win’ and companion Video, set to be released through Cheersquad Records & Tapes on Friday December 7.

Not a band to sit on one particular sound for more than an album, Immigrant Union’s self-titled first record was very much cemented in Americana music, while their second album ‘Anyway’ continued to contain similar elements but featured a large shift in song-writing style and instrumentation.

The band’s yet to be released third album ‘Judas’ is arguably their most ‘different’ album to date. It still has slight tinges of Americana but generally the band describe it as ‘some weird ass rock album’. It’s also the first record that includes Ben Street and Paddy McGrath-Lester who joined founding members Brent DeBoer from The Dandy Warhols, Melbourne musician Bob Harrow and vocalist Peter Lubulwa after Courtney Barnett and co had to split due to Courtney blowing up in a huge globally massive way!

‘New Win’ is the first taste from the forthcoming ‘Judas’ album due for release in early 2019.


‘New Win’ is the first taste from the forthcoming Immigrant Union ‘Judas’ album due for release in early 2019, and ‘is a song about the best times in life being squandered by not realising at the time how great they were and regrettably letting them slip away.