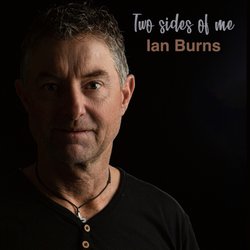 Late 2015 Ian recorded the CD “Want To Sing”, 11 original tracks, all penned by Ian. The song “Forty Something” reached position 9 in the Australian Country Tracks Charts followed by the release of “Ride Away” (Nominated for 4 awards at The Josie Music Awards in Nashville). “Ride Away” was also a finalist in the 2017 TSA Salute Awards and Finalist in the 2017 Australian Country Music People’s Choice Awards Best Song and Best Video, Ian himself was a finalist in Best Male Vocal section.

At Tamworth CMF 2018 Ian won The National Country Songwriting Contest in the Alt / Blues / Bluegrass section for his song “Best Friend Is Whiskey” and was a finalist in the Best Male Vocal section of Australia Country Music People’s Choice Awards.

In 2018 Ian started recording his newest project with renowned producer Simon Johnson. The result, the album “Two Sides Of Me”. Containing 11 original tracks, all penned by Ian. Featuring some of Australia’s best musicians.


Ian looks back at the adventures, love and memories he has of growing up surrounded by bushland, mates and his childhood hangout, The River, where he and his friends forged memories that would last a lifetime. 'The River' is the second single off his album 'Two Sides Of Me' recorded with renowned producer Simon Johnson and features some of Australia’s best musicians.