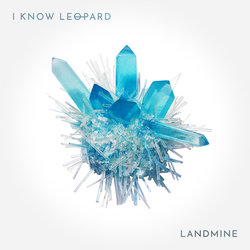 Ahead of the release of I Know Leopard’s long-awaited debut album, Love Is A Landmine – out Friday 5 April – the Sydney band have revealed a new track, ‘Seventy Lies’ – the third song released from the LP, following ‘Heather’ and ‘Landmine’.

The release of ‘Seventy Lies’ coincides with the band’s return from SXSW, where their live performances received critical acclaim and resulted in huge spikes across US college radio charts. The track follows the sparkling ‘Heather’ and the stunning first album single, ‘Landmine’. Both singles recent an outpouring of support from I Know Leopard followers and new fans alike across triple j, FBi, 4ZZZ, Radio Adelaide and more – while ‘Landmine’ also led to a jam-packed BIGSOUND showcase and a sold out East Coast tour in 2018.

On their debut album Love Is A Landmine, produced by Jack Moffit (The Preatures) and mixed by Luke Million, I Know Leopard explode their emotions onto a musical kaleidoscope. Written against a back drop of emotional turmoil, which ultimately finished off with new love blossoming, Love Is A Landmine is an unashamedly romantic record that pulls you deep into the rich gamut of emotions that love will inevitably drag you through.


Lead singer, Luke O’Loughlin says:
"I was getting good at presenting a fabricated version of who I was when entering new relationships, that only lead to hurting and disappointing others down the track and in turn further alienating and hurting myself. Learning to love yourself before you can successfully love someone else is an idea that this record touches on".