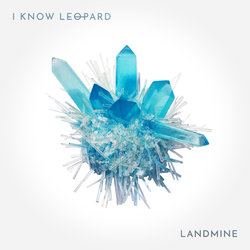 Once Moffitt had laid the foundations, O’Loughlin and bassist Rosie Fitzgerald travelled to Adelaide to mix their highly-awaited debut album with Luke Million. O'Loughlin also worked with Million on additional production that included laying down the synth palette, which helped create the record’s signature sound. “Luke is an old friend of mine from growing up in Adelaide. He is a really big part of the Adelaide music scene and I always looked up to him,” says O’Loughlin. “So when he was suggested for the job I knew he would get all those 70s influences. Not to mention he’s got one of the impressive vintage synth collections I’ve ever seen, most of which found their way onto the record.”


Revelling in glam, dream pop and the kind of playful, upbeat, 70s soft rock made famous by ELO, 10cc and the Alan Parsons Project, ‘Landmine’, explodes like a musical kaleidoscope, finding catharsis in the ethereal bliss of pop’s plastic, proggy past.
“There’s no way of experiencing true love without experiencing pain,” says lead singer and main songwriter Luke O’Loughlin.,