Husky - I'm Not Coming Back 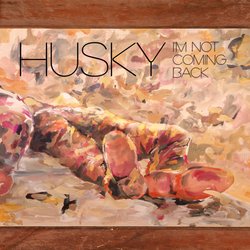 Husky released their debut album Forever So in 2011. The band’s signature sophistication in song writing, musicianship and orchestration captivated both industry and public, and saw them touring Australia, the US and Europe for almost two years running.

Since then, the band have been enjoying time back home in Melbourne, crafting and rehearsing their new songs. The band will take to the road for their first headline tour since 2012, in July.

Out on June 30, first single 'I'm Not Coming Back' offers the first glimpse at a new collection of songs that form Husky’s second LP. The album itself is scheduled for release this Spring.


'I'm Not Coming Back' is a distinctly Husky song, written by Gawenda himself. It showcases the band’s rare ability to tell stories and create worlds for the listener, yet with an added drive and energy.

Other tracks by Husky: Saint Joan
%