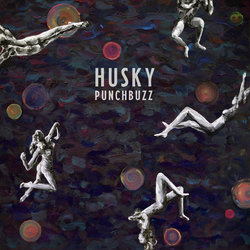 ‘Late Night Store’ and ‘Ghost’ are taken from the duo’s forthcoming third record, Punchbuzz due for release on June 2.

It was at The Hotel, readjusting to Melbourne life, that ‘Ghost’ and the album Punchbuzz were born. Shaped by the duo’s recent experiences, Punchbuzz finds Husky tapping into something that hadn’t previously come to the fore on their debut album Forever So or much-loved follow-up Ruckers Hill. It sees the band swapping their signature folk sound for streamlined indie rock that lopes ahead with widescreen atmosphere, dark lyrics, and newly muscled melodies. Sharp, lean, and driving, the album more than lives up to the dynamic imperative of its title.


‘Ghost’ offers a second glimpse of the new album and a freshly evolved, experiential sound. The song details Husky Gawenda and Gideon Preiss’s experiences of life back in Australia.