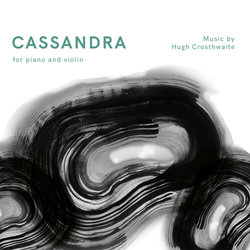 
Knowledge Threat is the second movement of Cassandra. It depicts Cassandra's passage from the joy of discovering new knowledge to the realisation that knowledge also reveals threats.

Other tracks by Hugh Crosthwaite: The Natural Order  -  Warning Catastrophe
%