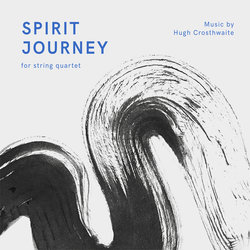 
Horizons is the first movement of Spirit Journey. It is an optimistic work that was inspired by the energy that comes from commencing a challenging journey that will test your patience, will and values. At once exciting and buoyant, but aware of what is to come.

Other tracks by Hugh Crosthwaite: Spirit Dreaming  -  Peaks and Vales
%