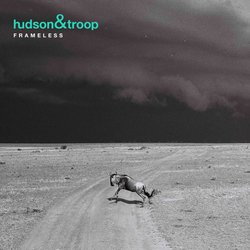 The brainchild of Melbourne’s Travis Aulsebrook, Hudson & Troop is a musical project coming into fruition in 2014. With origins lying somewhere in the minimalist folk pop scene, the latest release (Frameless single, April 2014) sees an evolution into a more experimental pop direction whilst still
maintaining a defining focus on strong lyricism and a heartfelt delivery.

Born and bred in Fremantle Western Australia, Travis made the move to Melbourne in 2011. Quickly establishing himself amongst the strong local scene of singer-songwriters, he made an impressive recording debut with the Open Up Slowly EP (released under the original moniker of Hudson). The first single Against The Grain became a viral sensation with a stop-motion, kaleidoscopic music video starring none other than coloured pencils, racking up close to two million plays on Youtube and Vimeo combined.

Inspired by the diverse and dynamic recordings of local producer, Pip Norman, Travis began collaborating with the multi-award winning artist in late 2013. Known for his work with Australian hip-hop pioneers TZU, Urthboy, blues and roots powerhouse Ash Grunwald, and Sparkadia, the combination of analog synths and electronic experimentation layered over a folk-pop foundation makes for a unique sound that has already piqued industry attention.


A simplistic acoustic guitar driven intro soon departs into more experimental territory with building layers of synths and electro flourishes creating sweeping dynamics verging on the cinematic. Exploring the moment in which a relationship hangs in the balance, it speaks to the innate yearning in all of us, to connect.