House Of Light - Room Of Lights 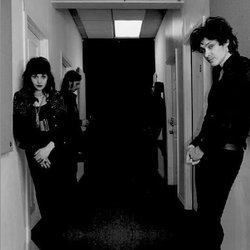 House of Light was formed in Berlin by Justin de Vries from expatriate musicians and locals. Rehearsing in a local punk squat called the Drug Store they were originally a rock band with musical roots firmly in in the 80s and 90s. With the addition of Valentina Veil on synth and 2nd vox the sound of the band became became more new wavy and psychedelic, also touching on an electronic element.

The group have toured Europe and the US, gaining recognition and signing to small labels in Seattle and Berlin. These early tours were often as a duet incorporating drum machine rhythms, however In New York and Portland they formed local bands and did what they called living tours, living in different cities and playing the surrounds, receiving appraisal from the likes of Andy Rourke of The Smiths who interviewed them on East Village radio and recording with Gordon Rafael, producer for The Strokes and Clif Norrell (Jeff Buckley, Pixies, NIN, REM).

In 2013 they relocated to Melbourne and finished recording their 2nd album Nervous Systems which will be formally released with a launch, November 9th at the Northcote Social Club.