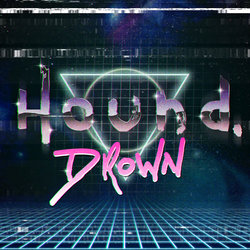 Hound is a product of a peculiar yet familiar environment. Years spent together ingrained in dilapidated Brisbane share houses wherein countless nights were spent idealising and arguing the nuances of the 70's and 80's punk rock movement, British new-wave and post punk and 90's alternative have unwittingly given Hound their personal take on the very sounds, values and ideas that have sculpted them as a band.

Since their inception, Hound has toured the eastern states, playing alongside bands like DZ Deathrays, Hard-Ons, Clowns, Killing Joke and the Coathangers to name a few, showcasing their tight and frenetic live act, honing their natural instincts of hi-hat abuse, stealth bass lines and inappropriate guitar solos into signature facets. The singer does a fantastic Neil Young. Seriously. Their single 'God Is Calling' aired on national and local radio, with the film clip earning best new clip on ABC's Rage program.

Now thinking of tomorrow with equal parts restlessness and focus, an increasingly reckless creative process and a relentless desire to be ‘not bad', Hound are scheduling three new EPs for release in 2016. The new single “Drown” comes from the first of their forthcoming EPs, due for release in March.


A new drinking anthem for dry sponges dreaming of oceans and other executions of health, ‘Drown’ is the song you want in your back pocket when the sh*t goes down. With generous hooks, nimble guitars and enough propulsion to help start a car, it’s a confirmed ripper.

Other tracks by Hound: Driveway  -  Spacesuit
%