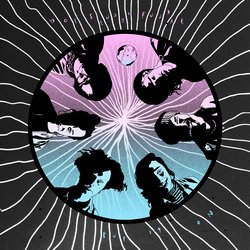 With the release of debut album ‘Put It On’ Hot Sludge Fundae (HSF) are putting all their peculiarities on display. The Melbourne based 6-piece truly are a marriage of oddities from driving post-punk to disco/funk to straight-up fist-pumping, group-chanting Aussie rock and roll. Always with that Hot Sludge flavor which is a little bit chaotic or neurotic.

Formed in a Melbourne sharehouse nearly 2 years ago they are the high-energy party band that was never supposed to leave the bedroom. With all 6 members playing in more serious bands HSF was initially just an occasional jam with no strings attached, somewhere to throw down you're most ridiculous ideas. Everyone was having so much fun, they couldn‘t stop. All of a sudden HSF was the serious band. Serious fun with a serious album for a serious party.


The title track from our debut album. A song about Putting on a song. That song that really gets you deep down in your bones, gets you movin' and shaking. It's a real sing-along number. Goes off live!

Other tracks by Hot Sludge Fundae: Sunshine  -  Keep My Head