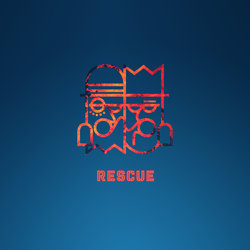 Horrorshow are a hip hop duo from Sydney, Australia, comprised of Solo (Vocals) and Adit (Producer). In eight years they've released three studio albums; sold-out a stack of tours; received nominations for numerous awards, and cultivated one of the most loyal and dedicated fanbases in Australia.

Emerging in 2008 with an album largely created in high school, Horrorshow signed to Elefant Traks and released The Grey Space. Since then, they have had 3 consecutive albums landing in the top 5 ARIA charts and sold out countless tours.

With the release of 'Rescue', the duo take a new path, and step into new territory. Exploring the world of cinematic pop.


Cinematic and dangerous, ‘Rescue’ heralds a new and exciting direction for the duo with their catchiest song to date. Adit flexes his innovative and polished production, bedded in a dancehall rhythm that Solo artfully completes with a madly infectious song of desire.