Horror My Friend - Admit None 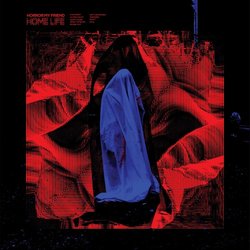 Honing a unique, yet evocative sound, reminiscent of 90’s pioneers Sonic Youth, My Bloody Valentine and taking cues from German legends Neu!, along with relative newcomers DIIV, Horror My Friend summon the spirit of alternative rock and shoe gaze, whilst breaking new ground and embedding themselves firmly in the present. Within their relatively short career, Horror My Friend have caused a stir and garnered critical acclaim both nationally and internationally, through a strong commitment to chaotic, yet commanding live shows, touring and the strength of their song writing at such a young age, proudly displayed on ‘Pavement’, along with 2016’s seminal debut album ‘Stay In, Do Nothing’. During this time, Horror My Friend have toured nationally with the likes of Hockey Dad, Gyroscope, Die! Die! Die! (NZ) and Pity Sex (USA), among others, whilst locally supporting Violent Soho, Cold Chisel, The Cribs (UK), Swervedriver (USA) and more. In addition to this, Horror My Friend have performed at festivals such as Groovin’ The Moo, Yours & Owls Festival, BIGSOUND, Blurst of Times and Poison City Weekender, whilst garnering strong radio and media support through Triple J, Unearthed, a range of community radio stations, along with music publishers both nationally and internationally.


'Admit None' is the third track on Horror My friend's second LP, Home Life.
Drawing inspiration from their hectic IRLives as touring musicians, the new LP sees Horror My Friend examine the push and pull of maintaining relationships, jobs and ultimately normality.

Other tracks by Horror My Friend: Ultraviolet  -  Heavy Eyelids
%