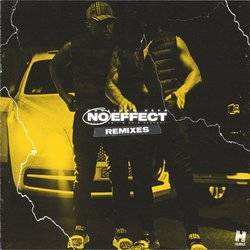 Sydney MC Hooligan Hefs has had a whirlwind of a year. Rising through the domestic hip hop ranks, he’s developed a loyal and dedicated fanbase around Australia. With millions of streams to his name, sold out headline performances around the country, plus a surprise appearance with Sunset Bros at Festival X last month, Hooligan Hefs is positioned as one to watch.


Something of a remix king, Brighton UK-based Zac Samuel has taken on the honour of reworking ‘No Effect’. This remix follows on his flips of internationally recognised artists, including Hercules & Love Affair, Lily Allen, Rita Ora, Years & Years and Kiesza. The rework is perfect for peak time dancefloors and takes the Hefs hype to a brand new audience

Other tracks by Hooligan Hefs: No Effect (Sunset Bros Remix)
%