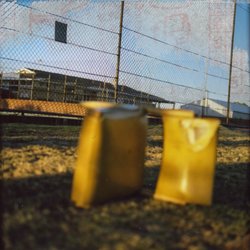 "Perth-based rockers Homebrand find a bold new sound with their latest single, Blue. The anthemic indie rock number sees them 'graduate' from a bedroom recording setup and team up with W.A. legend Dave Parkin at Blackbird Sound Studios." - The Music

In Mid 2018 Homebrand released their second single, Picket Fence, this single was recorded in their friends bedroom and allowed them to break away from their earlier sounds and express their new indie-punk style. This single gave a more emotional insight to the band and saw them gain recognition from around the country.

Following the buzz generated by the bands first three singles, Homebrand began to share lineups with some larger names, including a multiple West Coast tours with Polish Club and Pist Idiots respectively and a spot on some of Perth's great festivals, including WAM & Hyperfest


What You've Done sees Homebrand rejoin with legendary Perth producer Dave Parkin of Blackbird Sound Studios to release what they believe to be their best track to date. The song depicts the reality of realising you are being used by someone that you believed truly cared for you. This track is the first to contain new member Alex