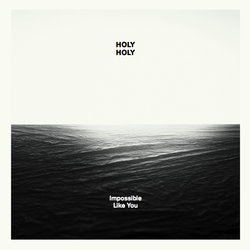 Holy Holy’s debut album was recorded live to tape, and is lyrical and story based, as much of Carroll’s solo work has been, but also revels in huge, full band builds and crescendos. Lush production abounds, mixing distorted duelling guitars with warm, close harmonies, reverb soaked piano lines and wild percussive rhythms. It is both epic and raw, simple and complex.

Timothy Carroll released a solo album in 2009 which received 4-stars in The Australian. He had a Star laid in the Valley Mall to recognize his contribution to music in Brisbane, won Song of the Year & Folk Song of the Year at the QMusicAwards in 2009, toured Europe and performed onstage at the Sydney Opera House with Megan Washington. Oscar Dawson was lead-guitarist and co-songwriter in Dukes of Windsor (who released 2 albums, had a track in triple j's hottest 100, an ARIA top ten single & toured Australia and Europe extensively).


"Impossible Like You" is a very striking first taste of a very special record...

“Lyrically the song examines the desire to believe in something. Belief in the impossible as an explanation for the incredible.”