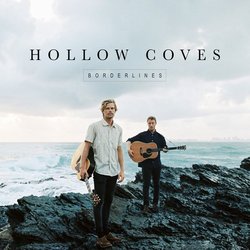 A dynamic indie folk group brimming with the band’s passion for travel and observing different shades of the world, Hollow Coves is the project of Ryan Henderson and Matt Carin. After meeting in 2013 through mutual friends and a shared love of acoustic music, the boys began writing together with no real expectations for where it might lead. And now, three years later, Ryan and Matt’s memories from their travels across all corners of the globe have lead to a range of new music influenced by their journeys.

Initially based out of Brisbane, Australia, Hollow Coves’ first self- released tracks saw the bare bones of three songs recorded at home in Brisbane. Then as the boys went traveling, the songs slowly took their shape as Ryan and Matt, on opposite sides of the world at this point, bounced ideas back and forth over the internet with their good friend and producer Hayden Smith.

Now, with the first illustration of the boys’ unique approach to creating music, and a full-length album in the works, alongside some of the biggest gigs of their young lives rapidly approaching, Hollow Coves is ready to launch you into their personal brand of escapism.


Hollow Coves are known to have a strong love for travelling and exploring the world, and “Borderlines” pays homage to that; the track comes with an inviting sense of adventure, driven by its lyrics and bright sound. the track is complete with warm and tonal guitar, a steady drum beat, perfect harmonies, and a poetic approach to their writing.