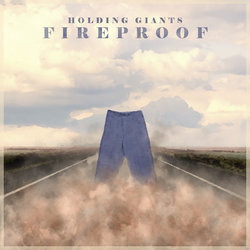 The band formed in 2015 after singer Ben Ernst Barnard posted an ad on Gumtree. After knocking back many requests to be paid by Western Union Money Transfer, Ben settled on the first two genuine responders and Holding Giants was born. Current members are:

After spending the first 2 years writing, Holding Giants released their first single Porcelain Dreams in July of last year and are back with their second tune Fireproof (available 17th April 2018 to AMRAP subscribers and then a week later on all usual online outlets).


When liars get away with being loose with the truth too often, they wind up with the mistaken belief that they are immune from being called out. That it doesn't matter how many times their pants catch fire, they can't get burnt.