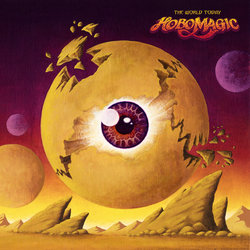 Teaming up with Beats Cartel, Hobo Magic recorded and released their eagerly anticipated first album 'The World Today' to rave reviews, sending the trio on a highway adventure lasting 3 tours from late 2017 through to the current time.

International tours throughout Europe and the USA are currently discussion with a new album release planned to start trickling through later this year.


Frostbite is probably the heaviest track on our album and features some cool dynamic shifts throughout. We came up with the idea for the lyrics while in Melbourne discovering a cheap moonshine cider called Frosty Jacks. Its a play on getting drunk and feeling the effects of the "frostbite".