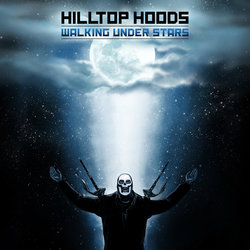 The trio Suffa, Pressure and DJ Debris began igniting the local Hip Hop scene back when they started grinding out impressive underground gigs off the back of a handful of early releases (‘Back Once Again’, ‘Left Foot Right Foot’ and ‘A Matter Of Time’). They then smashed the Hip Hop doors open into the mainstream with the break out platinum record ‘The Calling’. They turned the heads of rock fans, dance music devotees and even casual radio listeners with their infectious beats. The album produced the smash hit ‘The Nosebleed Section’ which became an unofficial anthem for the genre giving the crew widespread national radio play and public props for the most popular Australian hip hop track ever produced, making it in at #4 on the coveted Triple J’s Hottest 100 of all time poll - the only track from this genre to do so, and the highest of any Australian act.

The Adelaide trio have managed to once again push the envelope for Australian hip hop with the incendiary ‘Walking Under Stars’, which picks up exactly where “Drinking From The Sun” left off.


Aussie Hip Hop pioneers Hilltop Hoods unleash their next single ‘Live and Let Go’, featuring Brother Ali and Maverick Sabre. ‘Live and Let Go’ features a melodic chorus from Maverick and is set to continue their chart and airplay success.