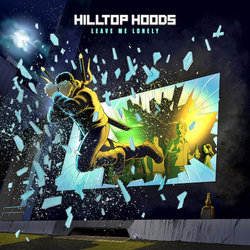 Throughout their career Hilltop Hoods have stayed ahead of the game with ever-evolving sounds on each record, creating ground-breaking remixes as well as starting new musical partnerships with artists from all different genres from all over the world.

On the live front, the 2016 ‘Restrung tour’ (featuring Australia’s best orchestras and choirs) saw over 50,000 fans attend the sold-out Arenas and Hilltop Hoods achieved their biggest national tour to date.


Suffa jokes that ‘Leave me Lonely is a song about the eternal struggle of being cornered by a close-talker - and its relatable to anyone that’s ever been outside. Or in a room with more than four people.’