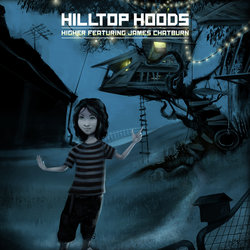 Hilltop Hoods have today announced that their special recording project, ‘Drinking From The Sun, Walking Under Stars Restrung’, is set to drop through their label Golden Era Records/UMA on February 19 2016.

This surprise announcement has also seen the release of new track ‘Higher’, and a video trailer unveiling behind the scenes footage of the recording and the band’s idea behind this special project.

Recorded 2 years apart but as companion pieces, the project ties together the band’s two previous ARIA #1, double platinum albums, ‘Walking Under Stars’ and ‘Drinking From The Sun’. Featuring a selection of tracks from each album, the songs have been rerecorded, remixed, and restructured with the 32-piece Adelaide Symphony Orchestra, plus the 20 piece Adelaide Chamber Singers Choir.

To celebrate the release of the album, Hilltop Hoods will be undertaking their biggest and most adventurous domestic tour to date playing arenas in five capital cities - The Restrung Tour.