Hillsong Church - No Reason To Hide 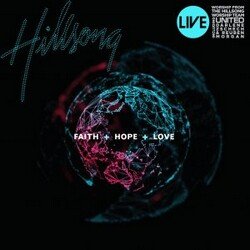 Hillsong Music exists to champion and resource the cause of the local church worldwide. Birthed from the vision of Senior Pastors, Brian and Bobbie Houston their small church in the northwest of Sydney, Australia began in 1983, and has grown to become an internationally recognised congregation.
Hillsong recorded its first album in 1988, and has since recorded 18 live albums, and numerous kids and youth albums - distributed in close to 90 countries and territories around the world.

The Hillsong Creative team is led by Joel Houston and Reuben Morgan, and is made up of hundreds of dedicated singers, musicians, songwriters, and production volunteers. The team gives of their time and energy each week at church, with the ultimate goal of leading people into an atmosphere of dynamic, powerful, and personal praise and worship. It is this dedication that is reflected on the albums year after year.

Since conception, Hillsong Music has sold over 11 million units worldwide and achieved more than 30 gold and platinum sales awards - yet the purpose has remained the same - to build a strong and healthy local church, that resources the Body of Christ EVERYWHERE.


Track 7 from 'Faith+Hope+Love', 'No Reason To Hide' is one of many great songs of FAITH in the midst of personal circumstances, HOPE in Jesus for the future, and LOVE one for another.

Other tracks by Hillsong Church: His Glory Appears  -  The First And The Last
%